The title of the exhibition is a title from Bonde; a little tip of the cap to Kippenberger, one of many internal and external references in the two artists’ work. Bonde/McCarthy are like Kippenberger: punk/anti-culture/anti-art.

McCarthy/Bonde are formed by 60s and 70s avant-garde which again is formed by DADA. The Dadaist, Tristan Tsara, proclaimed with usual pompousness that art is a private matter. It was not meant as a tribute to the personal and intimate perception of art but rather as a defense for the artistic superego, which solely produces art to satisfy its own needs with no thought for edification of the people: can you keep up? Then do so; if you can’t? Tough luck! It sounds arrogant, but isn’t it more arrogant to believe that what you have to say, make sense for others than oneself?

McCarthy/Bonde are artists with superegos, who, with prescribed heroic gesticulation, both confirm and undermine society’s idea of the artistic genius. They are not informed shamans servicing the people but rather idiosyncratic self-centred artistic yobbos with no eye for the moral imperative. Their superegos don’t mean that they are signature artists; they are mixed media artists without hierarchy in their choice of materials: ketchup, beer, performance, foam rubber mattresses, mirror foil, inflatable objects, video, painting, bronze and pizza are all legitimate contemplative elements.

McCarthy/Bonde are not naively preoccupied by deconstruction and anti-acts as such, they just aren’t concerned with edification and our common ground (sensus communis). In arts, the radical starting-point is assimilated and transformed to symbolism, gesticulation, and finally affectated panache. The shattered piano becomes an ornament to be gathered around and to be contemplated about. Joke-art and artistic indifference are therefore more hard-core and real than sneering, politicized art.

After DADA we have learnt that a hole in the ground has the same value as the imposing obelisk. McCarthy/Bonde produce art with no manifesto, with no articulated goal or utility, they don’t defend their work of art, let alone fight for its afterlife; if it falls, it falls – something we decadently can enjoy as a picturesque ruin can be enjoyed.

Join us at the opening at Udstillingsstedet Sydhavn Station, Friday 13 January 2017, from 5 p.m. to 22 p.m., to experience the decadent interplay between the American Paul McCarthy (1945) and Peter Bonde (1958).

A selection of quality beer brewed by Brygger Keld from Kelding Brew will be served at a cheap price, along with salted nuts to rouse the thirst. 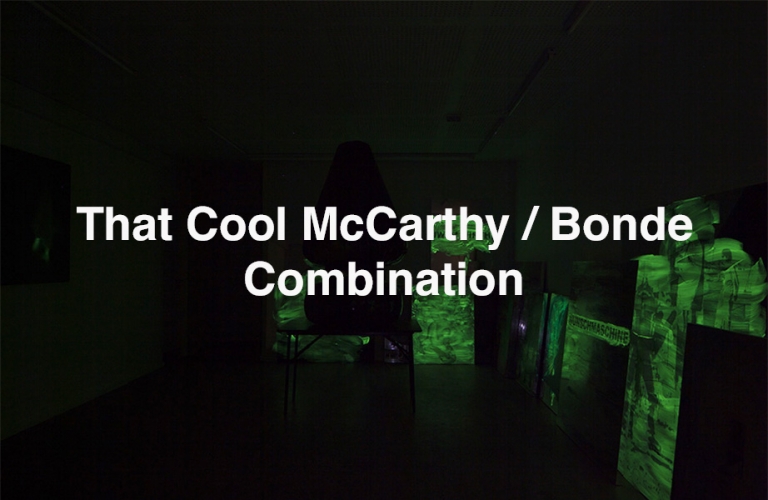 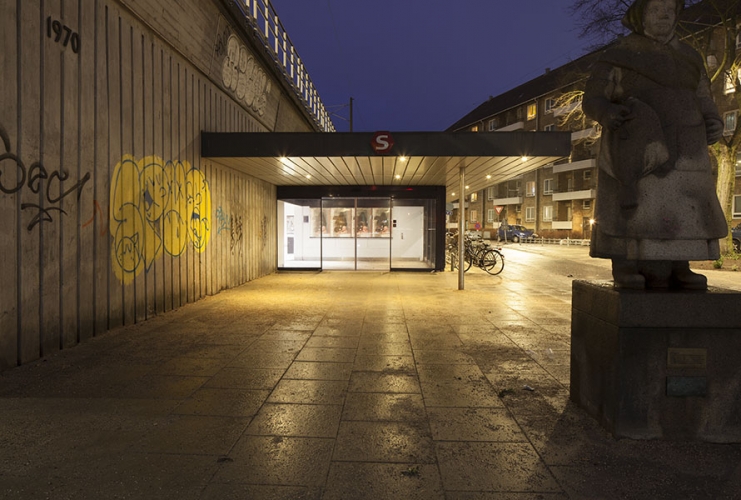 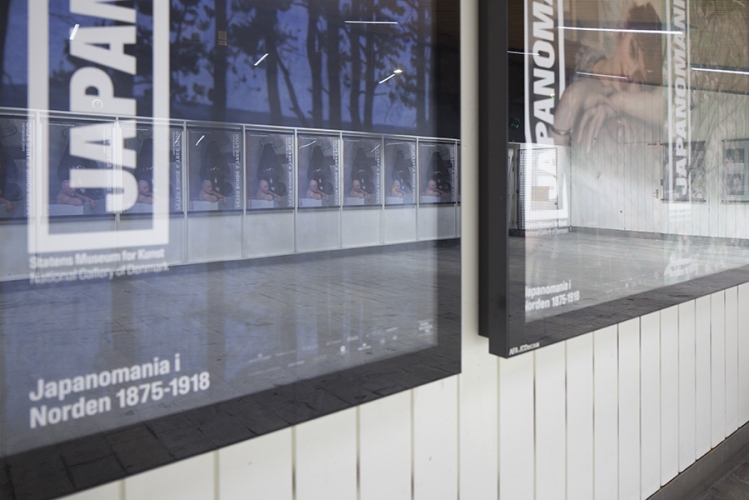 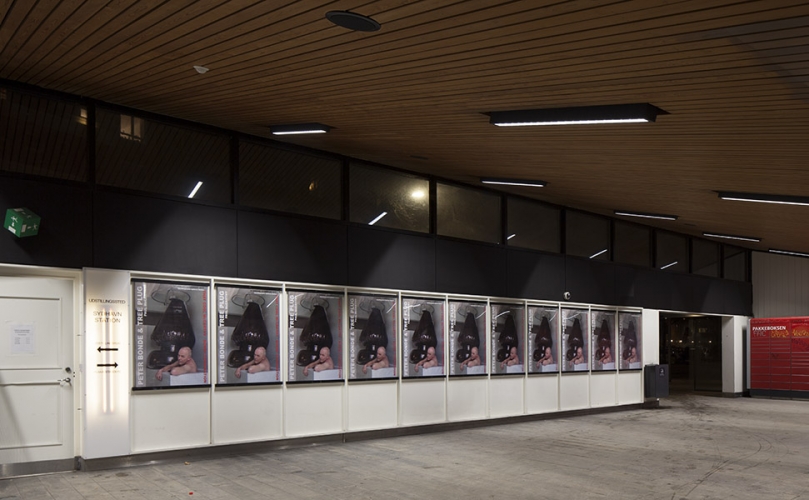 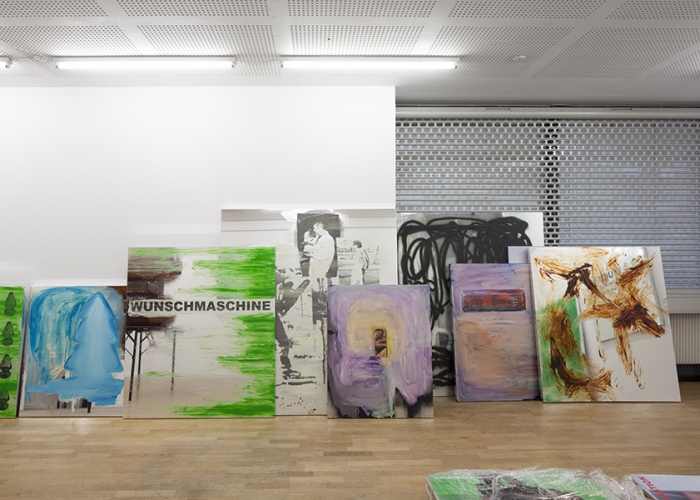 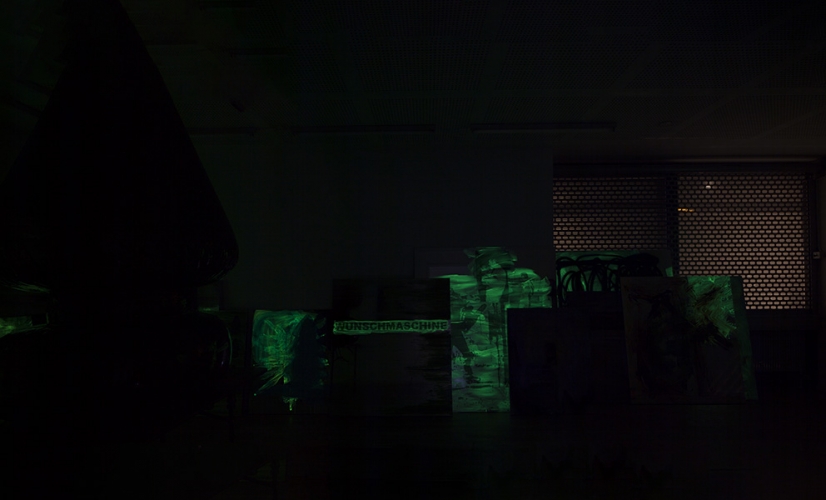 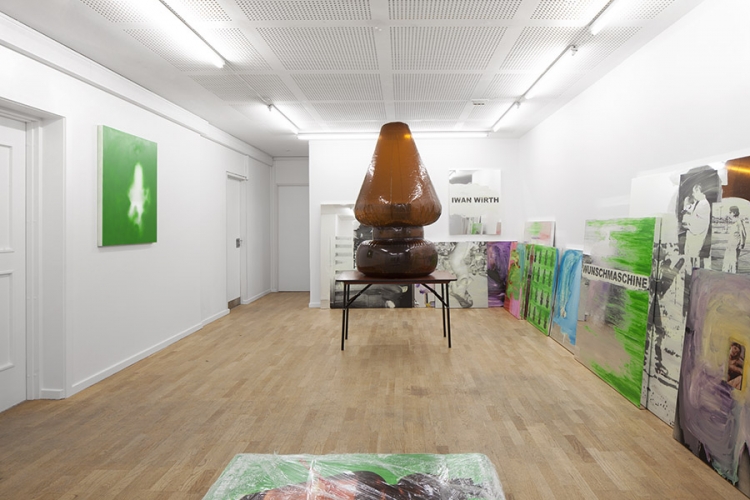 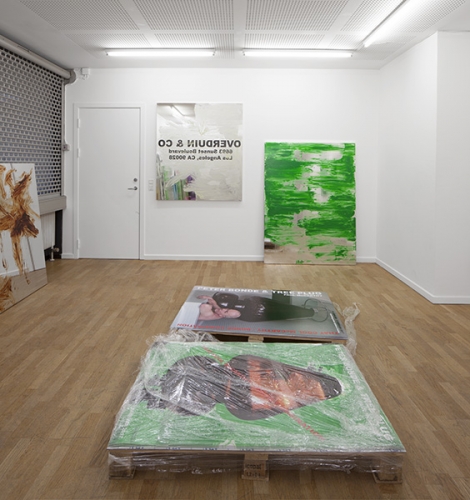 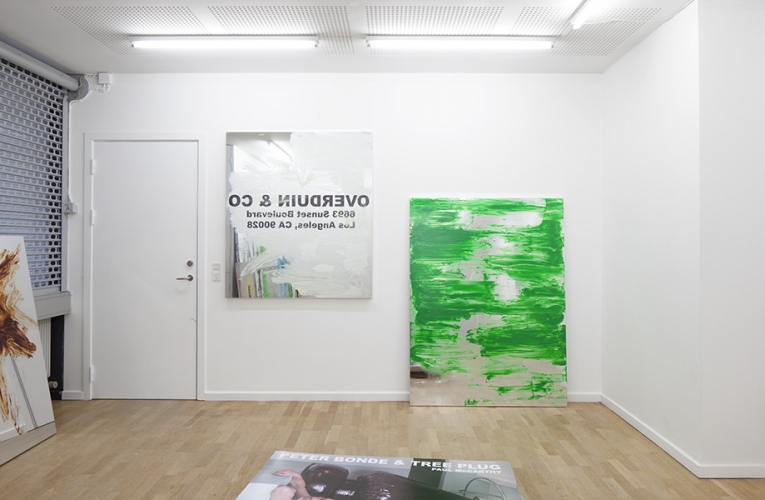 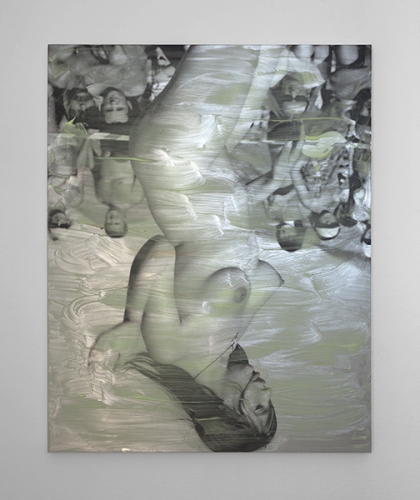 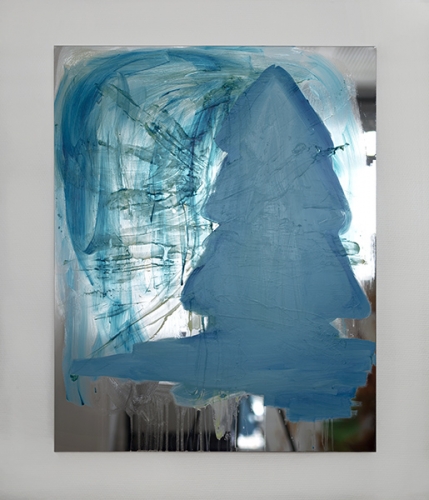 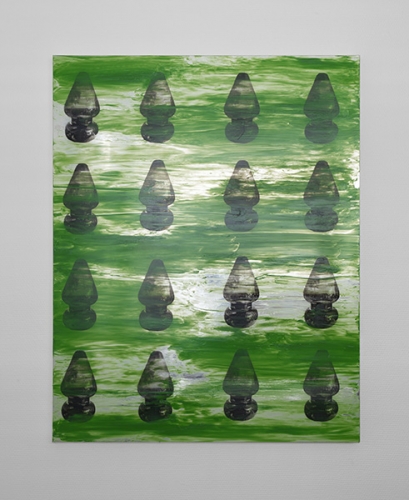 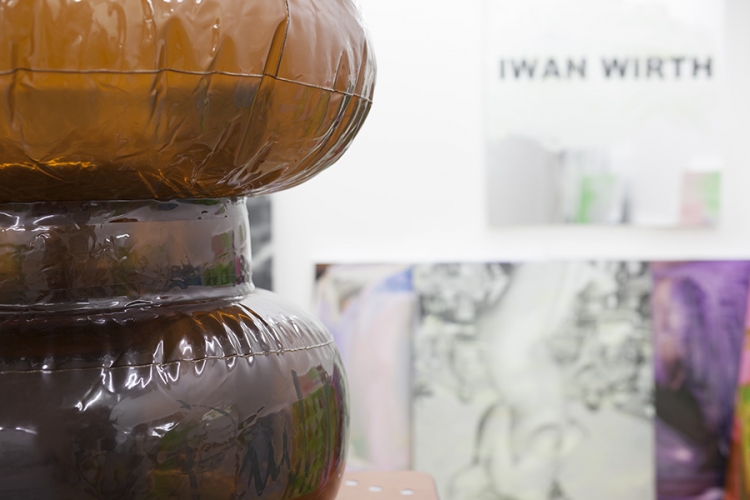 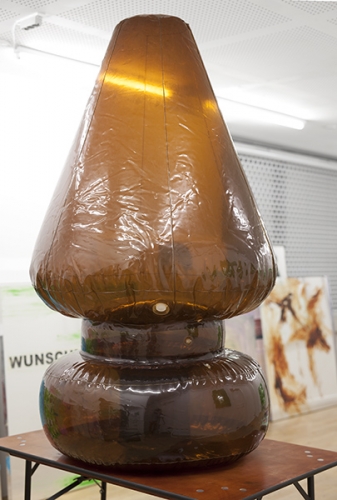 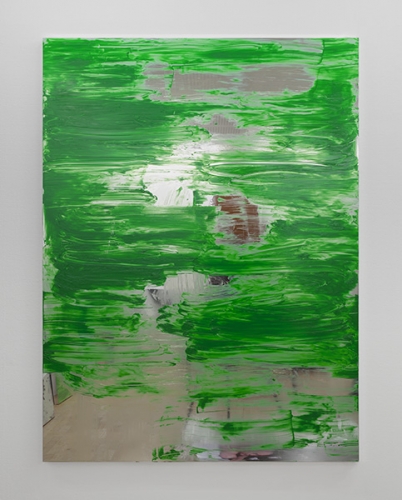 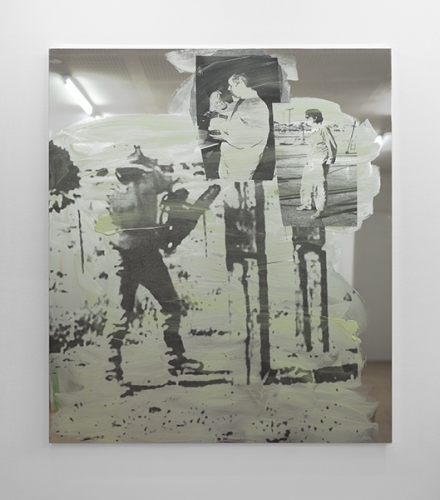 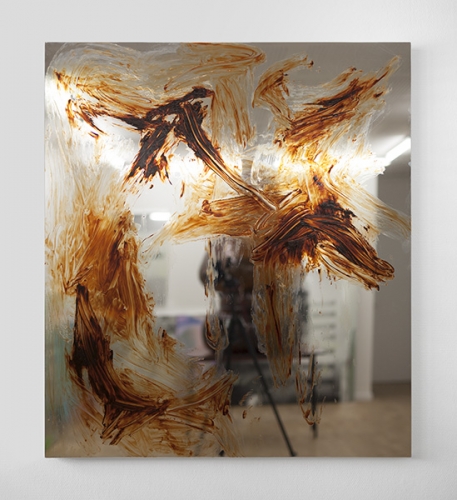 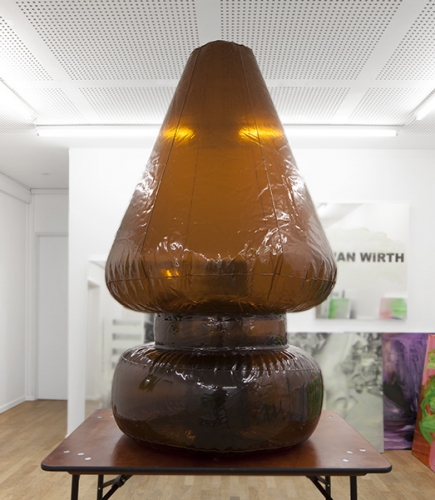 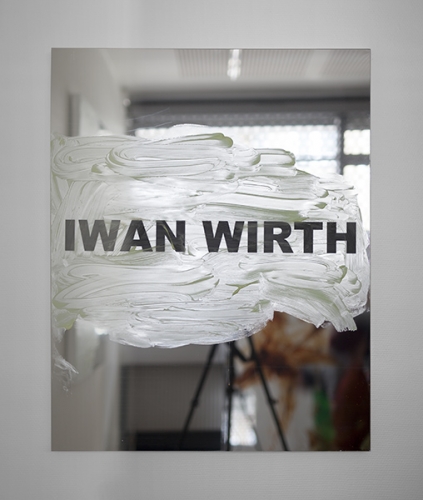 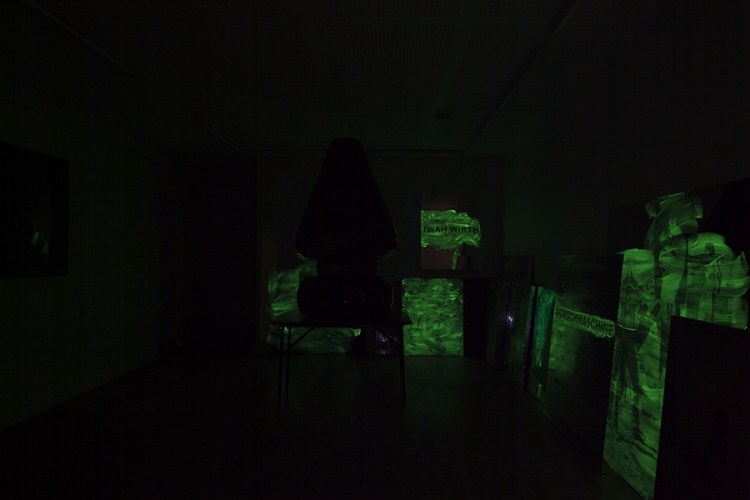 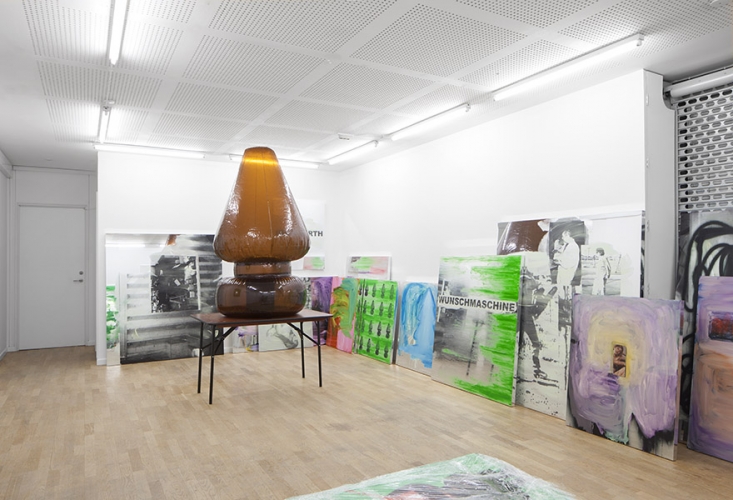 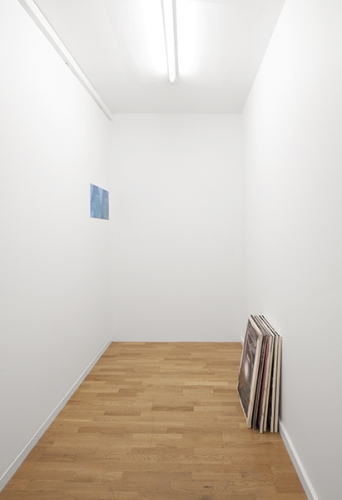 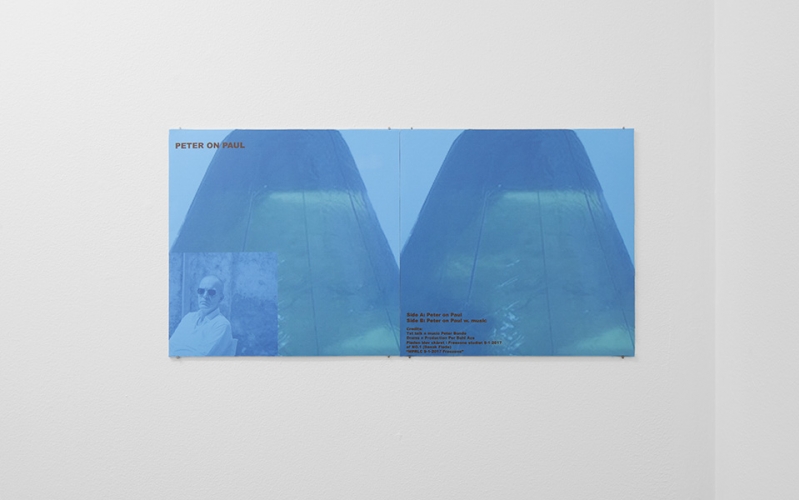 PETER ON PAUL, 2017
Side A: Peter on Paul
Side B: Peter on Paul w. music
Vinyl record of speach held to to Mister Paul McCarthy (written and performed by Peter Bonde)
Peter Bonde 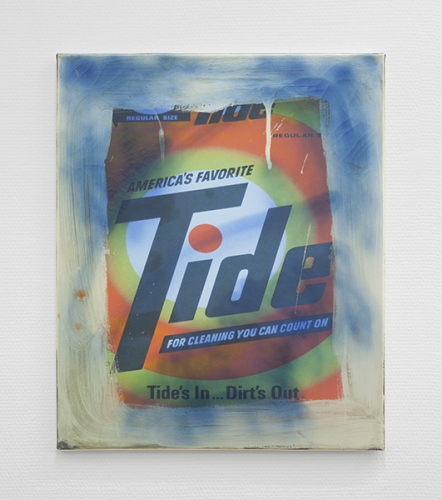 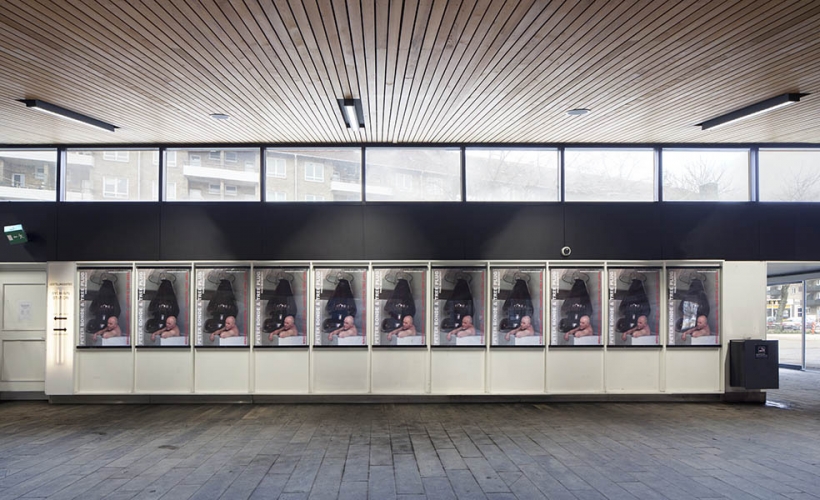